The purpose of this post is to address a controversial passage that we’re not able to fit into our Taught by the Spirit series as we go through the letter to the Corinthians. As an example, one of the verses say, “that is why a wife ought to have a symbol of authority on her head, because of the angels.” What? This section (1 Corinthians 11:2-16) is also related to two important topics that will come up in Ben’s sermon at the end of the month: male/female roles in the family and in the church. We thought it might be helpful for the building up of our local church if we took some time in this format to address this passage and some of the related topics.

First, I’d encourage you to take some time to just read 1 Corinthians 11:2-16. It will be more difficult to follow if you aren’t somewhat familiar with that passage.

Let’s start with what Paul says in verse three. Before he’s making any application or referencing any “traditions” he delivered to the church, he starts with sharing the grand authority structure of both God and man. God is the head of the Messiah, the Messiah is the head of the man, and the man is the head of the women. Here Paul is reminding us of the God given authority structure with the Messiah (who carries out the plan of the Father) and with the women (who when created is called the “helper” who corresponds with man, Genesis 3:18). We might cringe at the designation of helper because of the ever increasing and often public examples of terrible leaders within the ranks of men, but I think that is part of the reason why Paul gives us the Messianic chain of authority he does. It’s wonderful for the Messiah to submit to and fulfill the role the Father has given him, as much as it’s wonderful for the man to submit to and fulfill the role the Messiah has given him; likewise, it’s wonderful for the women to submit to and fulfill the role given to her as it relates to man. This is God’s design and when working properly is meant to be fulfilling, God honoring, and mutually respectful. Paul reminds of us that mutual respect by ending the section with “nevertheless, in the Lord woman is not independent of man nor man of woman!” Together we’re equally entitled to all the benefits, respect, and honor that are due God’s children, in the Lord (in our union with Jesus). At the same time, Paul is very careful not to show disrespect to the God given roles either of the Messiah, of men, or of women in the family of God. It’s in that family where both the respect due and the roles given are held in high regard; this is why we’re a complementarian church and not egalitarian if you want to do some googles on the topic. It’s from this position that Paul moves on to some of the more confusing parts of the passage.

Paul goes on to make a positive application after setting the groundwork for his explanation, he says “every man who prays or prophesies with his head covered dishonors his head, but every woman who prays or prophesies with her head uncovered dishonors her head, since it is the same as if her head were shaven.” Let’s start with the head shaven comment. Paul’s arguing both from nature (verses 14-15) and from Scripture (Deuteronomy 21:12) that it is “dishonorable” for men and women to do anything that would communicate a lack of respect for their God given roles while they exercise their gifts in the family of God. A shaven head both in nature and in Scripture is not associated with the natural or typical state of a female and could communicate a level of “dishonor” for the roles that God has given women in this particular church context. Paul’s chief concern is that those roles are publicly respected while women and men are exercising their gifts within the church community. Take note that both men and women are called to pray and to prophesy in the community. This makes sense in light of Joel’s prophecy in Acts 2:17 and the general call for men and women, as brothers and sisters in Christ, to both encourage and exhort one another. Somewhat related, I’d encourage you to check out this excellent article, Women are not the Problem by Melissa Kruger if you want more comments on healthy male/female relationships within the church family. At the end of the month, Ben will speak about an inappropriate context for women to exercise those gifts, but in this section and Ben’s passage in 1 Corinthians 14, Paul is primarily concerned with respecting and communicating that respect for the God given roles of men and women in the family of God, in the Church.

So, what about the angels? Why do they care? You could take the term more generically as “messengers” (that’s the same word in the original language). The idea would then be that the people who come to your community, as messengers, would see that the roles are being respected. I agree with the ESV translation, that here the more specific use of that term, Angel, is appropriate. Angels are God’s fellow servants (see Revelation 22:9) who seem to be associated with individual churches in some way (Revelation 1:20; 2:1,8,12,18; 3:1,7,14) and even “long to look” at the beauty of the Gospel (1 Peter 1:12). It’s hard to say definitely, but it seems reasonable to me to think that in the realm of angels, they would be particularly offended that those united to the Messiah don’t respect the God given authority structures. It would seem that their conflict with the demons (Jude 9) is a direct result of the rejection of the authority structures in that realm; therefore, it would be particularly offensive to Angels to see the family of God who are set apart for the glory and honor of God to reject the God given authority structure or even to act in a way that would have people believe we’ve rejected that structure. That’s my personal view, but again, we’re not given a ton of details on that realm, so we’re making our best conclusion with the data we have in Scripture.

All in all, I’m thankful that we have so many gifted women in our community, so many kind and gentle men in our families, and that we’re together working to respect each other as children united to the Lord in Christ. In this passage, Paul knows and is concerned with the reality that we find more joy and peace when we value the structures that God has provided because it’s those very structures that enable us to be a light in a dark world as we appreciate the beauty of our Messiah. He both rules over us and joyfully submits to the Father.

I hope this was helpful for you, and I’m a little bummed we couldn’t fit this passage and a few others (around gifting) into our sermon series this year. Feel free to reach out if you have any questions or comments! 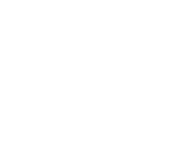 A family of servant ambassadors bringing good to others as we're formed by God together.